Old Riga: a Citadel for Tourists and Offices

Old Riga, just like Egyptian pyramids and other unique material values created in the world, is included in the UNESCO World Heritage List. It is transforming over time and becoming one of the most charming and exclusive tourist destinations in Latvia, thereby facilitating development of tourism-related real estate, hotel, restaurant and other industries.

In the recent years, Old Riga has changed its status from the former “residential” to status of “tourism and recreation”. Old Riga is now dominated by public institutions, museums, cultural institutions and clubs, apartment buildings and hotels in growing numbers. According to data of the Association of Hotels and Restaurants of Latvia, historically the hotels in Old Riga and in its direct vicinity that are easy to reach by foot, including on the left side of Daugava (Pārdaugava), have been in highest demand. Old town and accessibility of public transport is also one of the preconditions for attraction of international hotel chains. In comparison with 2018, all in all, this year there has been a slightly higher number of tourists and accordingly a higher load on hotels in Riga. The future dynamics of the load on hotels depends on how we will be able to attract new markets and large events.

Projects that will have a positive impact on Old Riga

Looking at further development scenarios, Aigars Kušķis, expert of the City Development Department of the Riga City Council in matters related to management planning of the UNESCO World Heritage of the Historic Centre of Riga, reveals that a positive impact on development of Old Riga and the entire city will be made by the “Rail Baltica” project, as well as construction of the national acoustic concert hall if, for example, Andrejosta will be the location chosen for it.

Aigars Kušķis, expert of the City Development Department of the Riga City Council in matters related to management planning of the UNESCO World Heritage of the Historic Centre of Riga

In the “Rail Baltica” project, it is planned to level off the existing embankment and place all railways, both the existing ones and the new ones, on an overpass – a visual opening of the view from Old Riga to the Central Market pavilions and vice versa, yet even more significant is the created possibility for new connections of pedestrian flows from Old Riga to the market and to the Moscow Suburb (Maskavas forštate). Improvements can also be expected after reconstruction of the Central Railway Station and transformation of its surroundings, for example, a front square will be built on the southern side of the railway at the Ministry of Transport and the market, a new bridge will be created, opening up opportunities for a completely new connection of pedestrian and bicycle paths with Pārdaugava in Torņakalns, Mūkusala promenade, Jelgava Street, as well as Zaķusala, which has been isolated up to now but is a beautiful place for creating a new park.

Improvements in transport and pedestrian connections are also planned on 11.novembra krastmala and 13.janvāra Street, as well as at junctions of Maskavas Street and Ģenerāļa Radziņa krastmala, simplifying the traffic layout where traffic flows are less intense and making it possible for pedestrians to cross the coastal traffic zone in directions from Old Riga to Maskavas Street and coastal area. “The objective of developing 11.novembra krastmala is to make Daugava coastal area more accessible from Old Riga and other places of the city. So much irrationally used asphalted areas here are beneath all criticism and are not justifiable. They need to be eliminated and replaced with greenery, pedestrian roads and bicycle infrastructure so that the coastal area would be more attractive and in itself also become a destination to be visited and so that it would connect Old Riga with the Daugava coastal area, rather than separate it like it has happened historically to date,” A.Kušķis is certain. 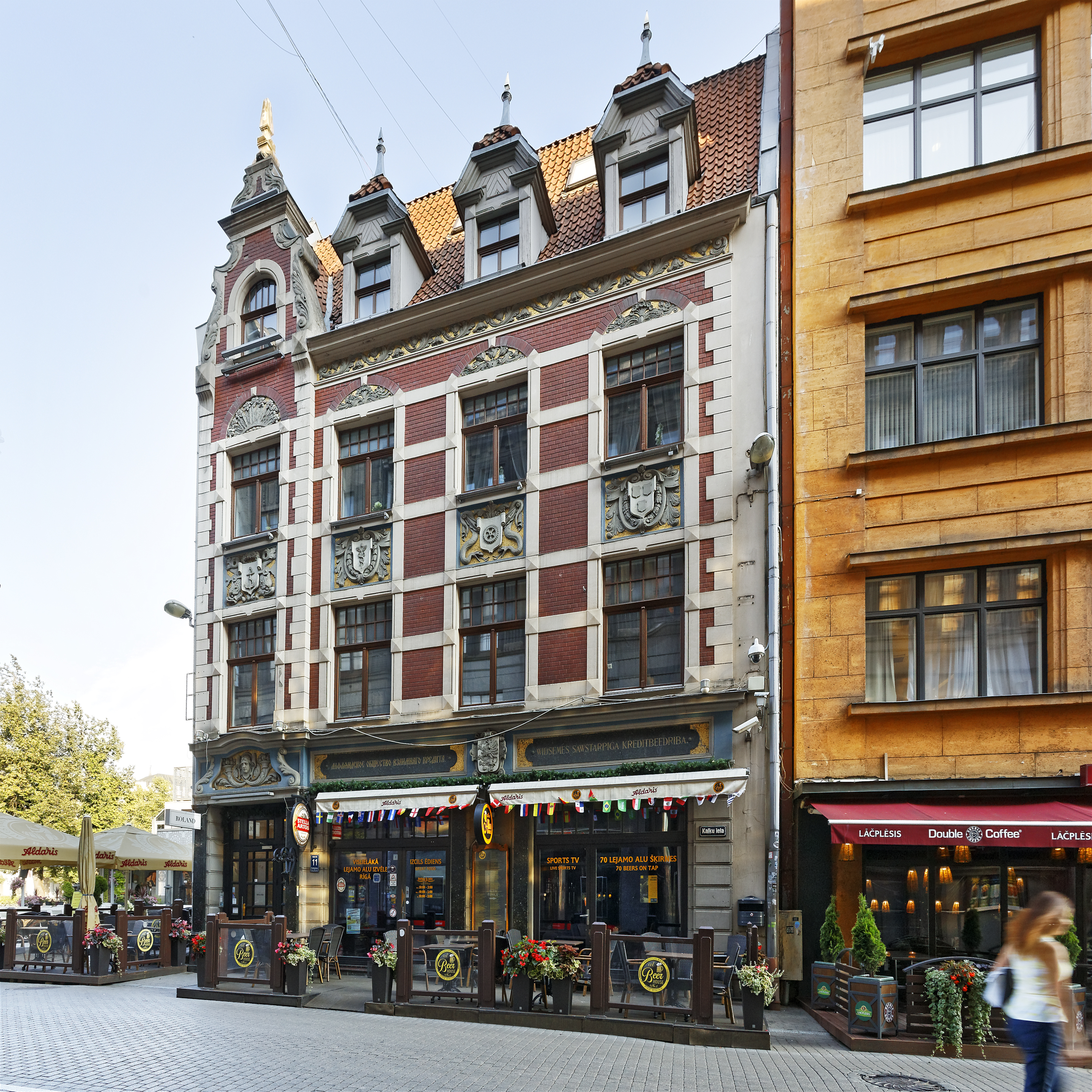 Outlining city plans in Old Riga, A.Kušķis mentions that the development course of the Albert Square reconstruction project is promising, as it will give a relevant impulse for the overall development of the southern part of Old Riga, which has been very problematic up to now, and for restoration of the surrounding properties and increase in their value. Almost simultaneously with several privately initiated house ownership restoration and construction projects, this ancient and very significant place in Riga’s history (old port at the Rīdzene river mouth, Liiv village in Alksnājs) will gain new urban environment qualities and become a popular place for visits also by families with children and guests of Riga, having a historically multilayered aura, which will be uncovered by special solutions of utilities that have not been used before.

Other projects are becoming more relevant too, for example, the Jēkaba Square, which has been renamed on a national level as Neatkarības Square (Independence Square), as its new status raises thoughts about its functional reorganisation and adequate emotionally esthetical fulfilment, as well as the Pils Square (Castle Square) reconstruction project, for which financing still needs to be found.

Almost perfect place for an office

Head of the architect office “SZK/Z” Uģis Zābers, having the office location in Old Riga already since 1995, acknowledges that the old town has a special aura and it feels very special to work here too. “This aura and atmosphere makes up for two biggest disadvantages – nowhere to park your car and the fact that it is at times very noisy even during the day, especially in the summer season”, the architect shares his experience and feelings. At the same time he points out that in comparison with other cities in the world, the environment of Old Riga is still authentic enough and has not commercialised as much – you can still find enough places in the old town without any tourists. In his opinion, the Old Riga environment overall is excellently suitable for hotels and different offices, as well as for residing in, if some drawbacks are accepted.

Jānis Norde, a partner at the architect office “Sarma&Norde Arhitekti”

Architect Jānis Norde, a partner at the architect office “Sarma&Norde Arhitekti”, whose company has been successfully located in this part of the city since 2000, is also confident that Old Riga has currently become a very attractive place for tourists and an almost perfect place for an office. “This is the very centre of the city, having everything nearby – different types of transport, the most significant objects. Moreover, you can arrive to Old Riga by taxi or reach it by foot from any of the nearest city areas,” Jānis Norde regards. The fact that old towns become home to tourists rather than the local people has been experienced by many cities in the world, and Riga is also no exception.

There are not many transactions, yet they are unique

Real estate expert at “Immostate” Baiba Kalniņa points out – although the number of real estate transactions in Old Riga is insignificant, it should be understood that the objects offered here are unique, as their number will never be high due to the limited territory. Currently there are slightly over 30 buildings on sale with the area from 200 to 6000 square meters, in turn the prices per one square meter ranges from 200 up to 6000 euro. Six land acquisition transactions and seven building purchase transactions took place in Old Riga in 2018 and 2019. “Activity is low and one of the reasons is that the owners are holding on to expectations with regard to prices,” recognises B.Kalniņa. 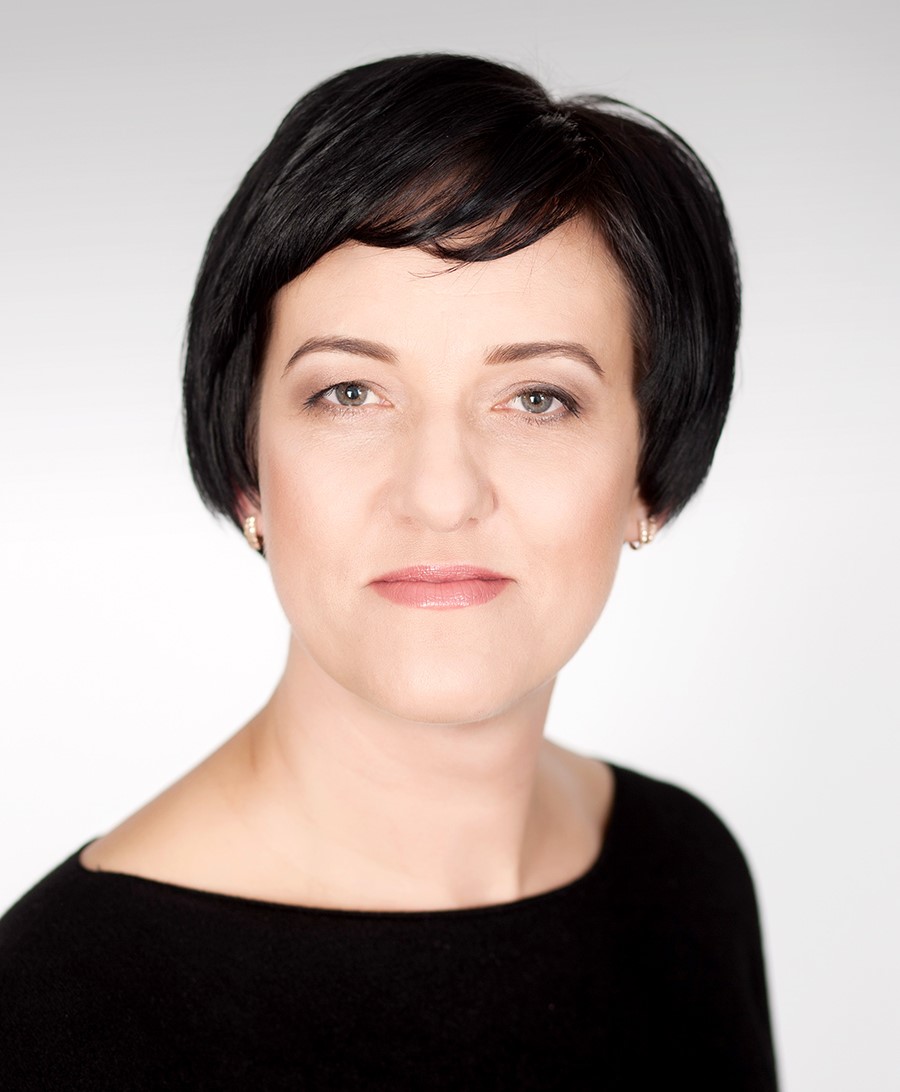 However, the exclusiveness of Old Riga imposes some limitations that owners of buildings need to count on – buildings are mostly not very big (600-100 m2 on average), which is why they are more suitable for small design or bontique type hotels with their own character rather than hotel chains servicing large tourist groups. Restrictions with regard to reconstruction here are stricter than in other areas in Riga centre, thus ensuring that nothing causing disharmony of the overall environment can suddenly be built in the oldest and most precious part of Riga. Old Riga has its own local “regions”. For example, the part around the President’s castle is more peaceful while the section from the Laima clock to Līvu Square is typically loud – this factor also serves as an argument when choosing real property in Old Riga.

Practically no new office and apartment buildings are appearing in Old Riga, the main reasons for that being the shortage of parking space and, of course, also the noise during the active tourism season. Speaking of apartment prices, they have dropped considerably – they reached 5000-6000 euro per square meter 5-6 years ago, and now they are around 250-300 euro per square meter. People now buy apartments in Old Riga as investment objects to be let out in the short or long term. Hotels, apartment hotels, restaurants and clubs are exactly what will be most suitable for Old Riga.

One of the most essential reasons why Old Riga is not chosen as the location for offices or homes is the very limited parking options. At the same time, a wish has been expressed to only have pedestrians in Old Riga. Marking out the city’s future plans in relation to transport in the oldest part of the city, Aigars Kušķis admits that there is no complete consensus about the necessity to put parking places in and around Old Riga. The territorial planning allows for construction of parking space in the historical environment under the streets in underground level, yet it is very expensive to build underground premises in the circumstances of Riga, for example, under the Latviešu Strēlnieku Square (Latvian Riflemen Square). In turn putting parking places above ground in the historical environment is not permissible for aesthetic considerations. A good example, even though only with a partially implemented initial plan, is the parking place built at Z.A.Meierovica Boulevard in form of bastion imitation. However, there are no new places in Old Riga and its perimeter for creating higher capacity parking places above ground.

Neither is it planned to hand over Old Riga only to pedestrians because Old Riga requires service, access of both cycling and motor transport to streets and properties. “For the time being we have to count on a rather intense transport flow, which still needs to be improved gradually, by making traffic improvements in other places in the city,” A.Kušķis is certain. The most positive impact will be made by connecting the Eastern main road sections and making a new crossing of Daugava – Northern or Hanza, which would allow excluding a significant part of transport flow, especially cargo transport, in the coastal area.

Old Riga, which holds a special status and the development of which is strictly supervised with high requirements for builders and developers, will retain its special status both as the capital city of Latvia develops overall and projects of local scale are implemented and is likely to become more and more attractive to both tourists and the Latvian people.